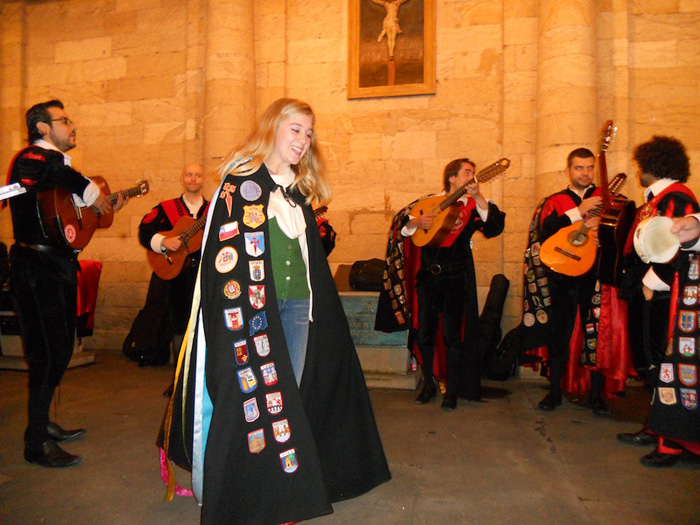 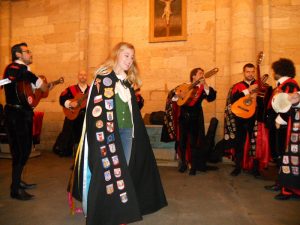 This is a traditional university group whose members—known as Tunos—wear a combination of robes and garments from olden times and play folkloric music with characteristic instruments such as the mandolin, lute and guitar. Hidden beneath their cloaks are centuries of history and the gradual development of this lively and carefree tradition. Although of uncertain origin, it appears to have arisen as a way of making a living for the students of the first universities, founded at the end of the 12th and 13th centuries, since on many occasions, they did not have sufficient means to support themselves.

They maintained themselves thanks to their ingenuity, using the picaresque, the ballad, resorting to the arts of the jugglers and music as a way of life and entertainment.

They would surround wealthy ladies in the street in order to obtain sustenance and sometimes affection and merriment. The ribbons which adorn their capes are embroidered by wives, mothers, female friends or lovers who have in some way developed a sentimental bond with them.

Spanish writers such as Cervantes, Lope de Vega or Quevedo described the picaresque adventures of the Tunos.

The Tunas of the different university faculties are distinguished by the colour of their “beca” or sash worn over the shoulder and chest, with yellow for those from the Faculty of Medicine, red for those from Law and blue for Engineering.