When you book with an account, you will be able to track your payment status, track the confirmation and you can also rate the tour after you finished the tour.
Sign Up
12538

From stately Oviedo, capital of the Principality of Asturias – starting point of El Camino Primitivo, you’ll hike 2 of the most beautiful and interesting sections of this oldest of all Ways to Santiago between Oviedo and Lugo, and then the final 100 km from Lugo to Santiago de Compostela in order meet the requirement to qualify for “la Compostela” – the official pilgrim’s certificate on arrival at the holy city

Several daily flights from Madrid, Barcelona and some other European cities, including London. Also daily connections by train and bus from Madrid, Bilbao and León (on the Camino Francés).

Several daily connections to Madrid, Barcelona and certain European cities by air. Train to Madrid. We can arrange private transfers to Oporto or Lisbon (Portugal).

Total 144 km/ 89 mi. over 7 days. Most days are about 5 to 6 hours of walking and shorter stages are possible on the sections before reaching Lugo.

In Oviedo, Lugo and Santiago we use quality 4* hotels in great locations in the pedestrian-only zones of the old cities. In rural areas, we use the best available, mostly 2* to 3* or equivalent, small family-run hotels and inns. All properties have en-suite bathrooms and are personally chosen for their comfort, character, location and overall quality, with a preference for stylishly restored historic buildings. Good food is also a must!

You can start on any day of the week.

Lugo – very important in the history of the Camino, the world’s best preserved Roman walls encircling the old town and its impressive cathedral with the Holy Sacrament on permanent display combine to merit its UNESCO World Heritage.

Oviedo, declared “cleanest city in Spain”, has a beautifully conserved, pedestrian-only old quarter with attractive squares and pleasant safe streets. The city has several UNESCO World Heritage sites, including the Holy Chamber of the Gothic San Salvador cathedral with relics that made it Spain’s second most important pilgrimage site after Santiago de Compostela. Optional guided tour of the cathedral and surrounding area available.
Overnight: 4 star hotel in the old quarter of Oviedo.
Meals: we include no meals on arrival day

One of the most feared stages of the medieval Camino, this is perhaps the most spectacular in terms of scenery and probably the most physically challenging. Even now, this is one of Spain’s most uninhabited regions, home to roaming wild horses and wolves. We revel in our solitude as our path climbs among heather and gorse to an isolated pass where our efforts are rewarded with sweeping views (or swirling fog!) and further appreciation for the achievements of those early pilgrims. At end of stage, transfer to Lugo. Optional guided tour of Lugo’s impressive Gothic cathedral, and a walk atop the perfectly preserved 2nd C. Roman walls surrounding the old down town (UNESCO World Heritage).

Day 6Last 100 km & merge with the French Way in Melide 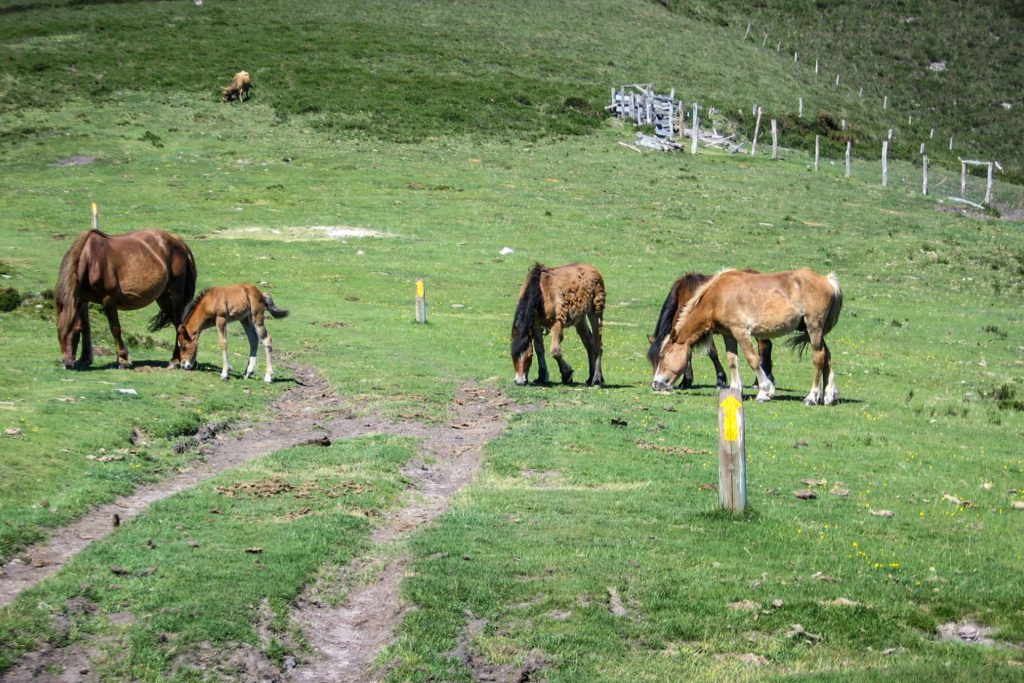 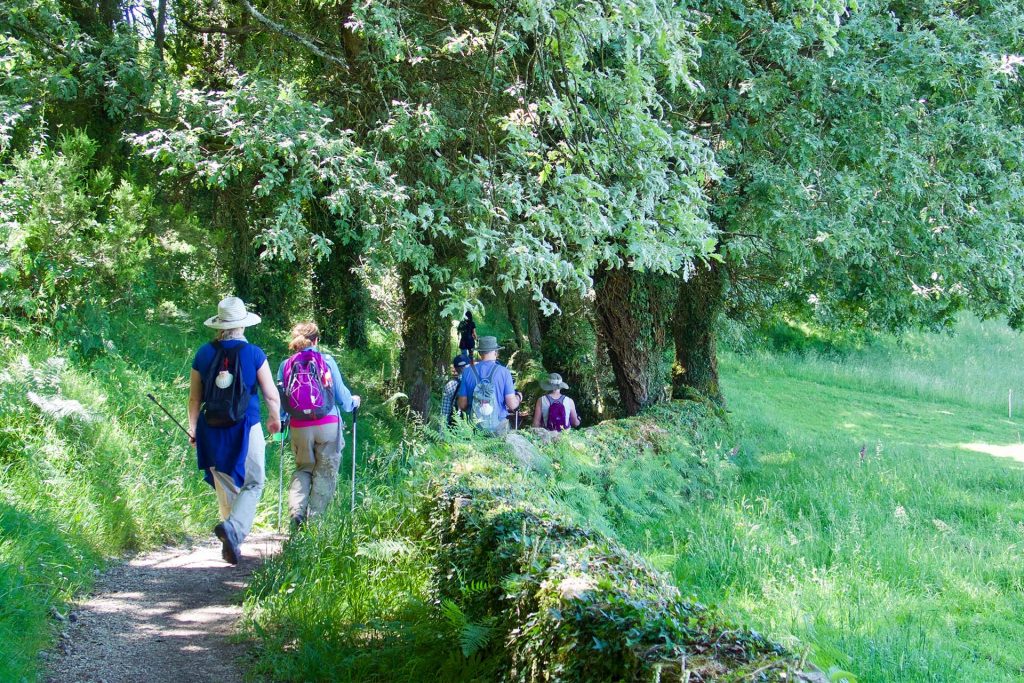