Camino de Santiago / Camino Francés: across the Pyrenees on the Roncesvalles route

When you book with an account, you will be able to track your payment status, track the confirmation and you can also rate the tour after you finished the tour.
Sign Up
16946

Across the Pyrenees on the “Camino Navarro”  via Ibaneta Pass and Roncesvalles – the most popular variant of the Camino Frances – from Saint Jean Pied de Port (France) to Logroño.

This itinerary begins in St. Jean Pied de Port, the last stop in France on the Way, a lovely little town with a marvelous pilgrim’s atmosphere. You’ll cross the magnificent Pyrenees mountains into Spain, then descend into the fertile valleys surrounding Pamplona, capital of the region of Navarre, to end in Logroño, in Spain’s most famous wine-producing area – La Rioja.

Walking a total of nearly 158 Km (98 mi) in 8 daily stages, some of which involve considerable elevation gain and loss may seem challenging, but in fact, completing this itinerary is well within reach of anyone who maintains a moderate level of fitness.

Various public transport options: by taxi from Pamplona or Bilbao (Spain) or Biarritz and Bordeaux (France); or train from Biarritz.

For further details on getting to and from our trip start points, please see our FAQ’S page.

Average “standard” stages range from 19 – 27 km daily. For most people this would be about 5 to 6 hours of walking.

In Pamplona and Logroño we use quality 3* or 4* hotels in great locations in the pedestrian-only zones of the old cities. In rural areas, we use the best available, mostly 2* to 3* or equivalent, small family-run hotels and inns. All properties have en-suite bathrooms and are personally chosen for their comfort, character, location and overall quality, with a preference for stylishly restored historic buildings. Good food is also a must! Upgrades to a 5* historic hotel is available in Pamplona.

Any day between April 1 and October 31

St. Jean Pied de Port – a lovely little town in France’s Basque country, nestled at the foot of the Pyrenees, with a marvelous pilgrim’s atmosphere, it`s the perfect place to start your journey.

The Pyrenees – Europe’s 2nd major mountain range, after the Alps, you’ll cross at one of the lower passes near the Atlantic ocean, but still a respectable 1600 meters, where swirling mists and flocks of sheep are often your main companions. When the fog lifts wonderful views abound.

Pamplona  – the walled fortress city of Pamplona (Iruña in Basque language), ancient capital of the kingdom of Navarre (claimed as part of a “Basque homeland” nowadays by the Basque separatist-terrorist-nationalist groups such as ETA). Pamplona was the end of the second stage in Aymery Picaud’s guide. In modern times, the city has become world famous thanks to Ernest Hemmingway’s having written about its Running of the Bulls in its annual San Fermin Festival. It’s a great place to eat and drink the fine local wine!

La Rioja – Spain’s most famous wine-producing region, this area is also famed for the quality of its vegetables and fruit in general, resulting in a rich and varied culinary tradition sure to please every palate. Small hills and valleys create a constantly changing and pleasant walking environment.

The unique energy and camaraderie of the “pilgrimage” – every day you’ll share the trail with fellow pilgrims from around the world, and inevitably, the traveler soon finds herself imbued with the unique and magical spirit of the “Camino “.

Independent arrival in the emblematic and ancient walled town of St. Jean Pied de Port. Explore on your own.

The walk across the Pyrenees to Roncesvalles (the first town in Spain on the Way) is long and quite challenging, with over 1200 meters elevation gain and another 500 m descent, so for most of our clients we break it up into 2 stages. The trail starts with a long steep climb to the Vierge d’Orisson, known in Spanish as Virgen de Biakorre, a modern statue of the Virgin Mary brought here from Lourdes by shepherds, in a marvelous setting with panoramic views. Wait here for a pre-arranged taxi pickup to take you back to St. Jean.

A morning transfer returns you to the endpoint of yesterday’s walk. Continue climbing up to the Spanish-French border on the ridgeline of the Pyrenees – but there’s no border control police here! Just marmots, sheep and birds of prey soaring overhead. Views are splendid when not blocked by swirling mists so typical of the high mountains. A final descent brings you to Roncesvalles (Oreaga in the Basque language), a fascinating place just on the Spanish side of the border, site of one of the Camino’s oldest and most revered refuges, receiving pilgrims since the 12th century! The village is dominated by its imposing abbey and impregnated with a medieval atmosphere and legends concerning Charlemagne, Roland and Navarrese king Sancho the Strong.

Overnight: Roncesvalles (Oreaga), in a 3* hotel in part of a working monastery.

Your first walk in Spain is a rolling descent through pretty rural terrain and beech woods, across the Urrobi and Erro river valleys before finally reaching the Agra river in Zubiri.

Day 5Zubiri (or Akerreta) to Pamplona

A gentle rolling descent along the Agra river to Pamplona, capital of the historic kingdom and modern-day Autonomous Region of Navarre. The picturesque city and its “Running of the Bulls” during the San Fermines festival impressed Ernest Hemingway so deeply that it was the backdrop to his first successful novel “The Sun Also Rises”.

Overnight: in Pamplona 3 – 4* hotels in refurbished historic buildings with plenty of character, in the old part of town.

Rolling rural terrain with several climbs and a steep descent into Puente de la Reina – one of the most important towns on the Way – it is here where the other main route crossing the Pyrenees at Somport Pass (the Aragonese Camino) merges with the Roncesvalles route. A recommended detour shortly before reaching Puente de la Reina takes you to Santa Maria de Eunate – one of the most famous churches on the Camino, located on the Somport Pass route.

Rolling rural terrain of farmland and vineyards with few trees and little shelter. A highlight is a section along an original stretch of Roman road. Estella is a vibrant little historic town straddling the Rio Ega, offering lots to do and see, including various Romanesque monuments and churches.

Today the trail splits, offering 2 options, merging 8 km from Los Arcos for the final stretch through remote vineyards and open country with little shade. The more well-travelled route leads by the famous Irache Monastery winery where a special font provides free water and wine to pilgrims! In the tranquil town of Los Arcos you’ll find the perfect fusion of history, art, folklore and gastronomy.

Overnight: a simple 2* hotel conveniently located in the heart of the village

A long walk crossing from Navarre province into La Rioja, Spain’s most internationally well-known wine-producing region. The gently rolling terrain features olive and almond groves and vineyards. On the way, pass through the attractive historic town of Viana. Logroño is the capital of La Rioja, and has a pleasant little historic center huddled around the graceful cathedral.

Overnight: in Logroño, a comfortable 3* hotel in the historic center of town

NOTE: If you aren’t in a hurry and want to see more of the area or another part of Spain, consider hiring a car and exploring! For example, driving from Logroño through La Rioja and then to the Atlantic coast to the north to Bilbao to catch a plane, or explore the nearby Pyrenees mountains and then on to Barcelona for your flight home. We can help you to plan your itinerary. Ask us! 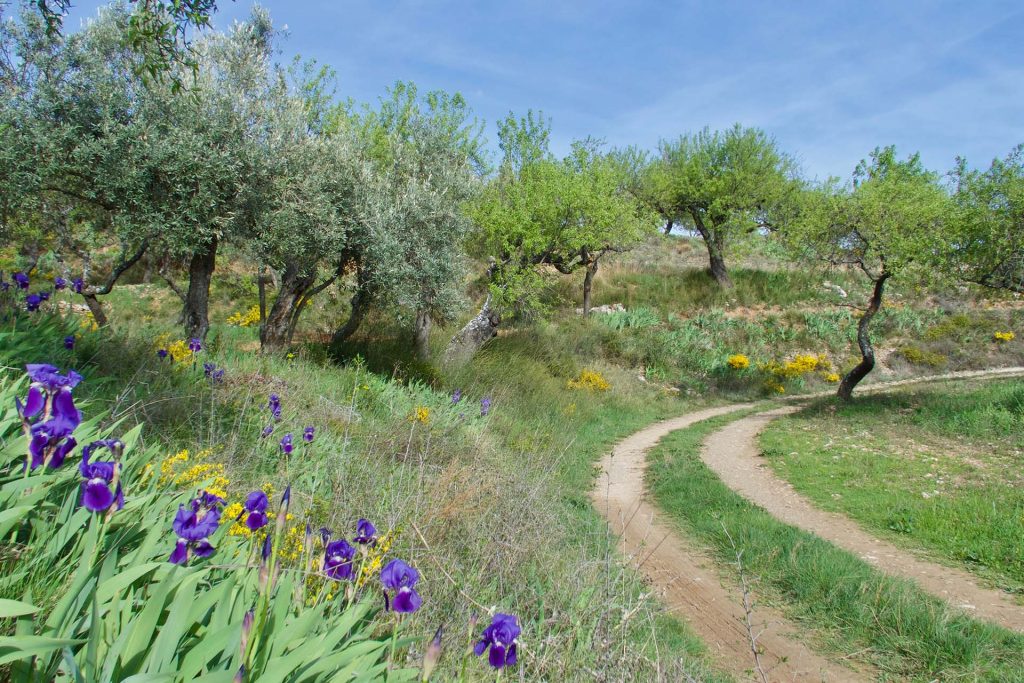 We'll create a custom quote just for you!